If anyone told me I'd watch 'Supernatural' for character development and dysfunctional family dynamics I'd have scoffed, wouldn't you? Looks don't carry a show, but we'll make an exception for these guys Jensen Ackles and Jared Padalecki. 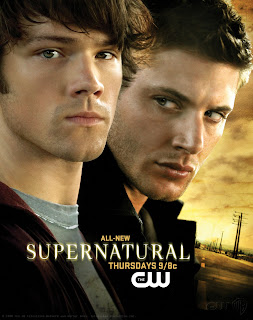 Dean and Sam Winchester fight Supernatural bad guys as they search for their father. Why not right, if they're in the way? These boys don't work for Fox Mulder, it's actually their family business ever since their mother was killed by a demon. 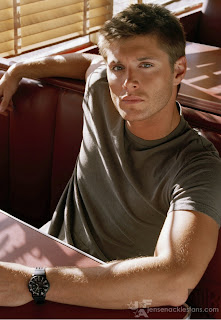 Dean Winchester is the older brother, and I am all for Team Dean, baby.  He shifted gears from child to adult the night he ran from his burning home rescuing baby brother Sam in his arms. Left motherless and with a grieving absent father Dean was forced into a parenting and protective role over his brother for long stretches. With little life experience to draw on, Dean's thrust into adulthood was made possible by adopting his father's set of values and beliefs almost verbatim, stretching himself into a Dad-shaped Hero ideal.

As the good soldier following his father's orders and taking care of little Sam this allowed their family unit to survive but Dean's growth was stunted: a man-child ever playful, indulgent in food, alcohol and sex yet unquestioningly devoted to the demon hunting family business.

In his dutiful loyalty to his father's orders, Dean inadvertently enables their father's neglect by taking on the role of sole mother, father and older brother to Sammy. Supernatural takes us along Dean's journey as he gains insight into the boundaries of his role in the family especially towards his brother and redefines himself as distinct from the ideology his father imprinted on him.

It's a story about family conflicts with a sexy backdrop of male, female and demon eyecandy. In the pilot we learn that younger brother Sam left the family business in anger. As Sam grew up the arguments grew more and more bitter until he got out. He needed room to become the individual his experiences and personality have incubated, not the pre-prepared mould from his father and brother. If he stayed the only way they could get along would be if they treated him as an adult. Yeah right. Only when Sam and Dean must work together after the disappearance of their father that they must compromise and grow with the flow. 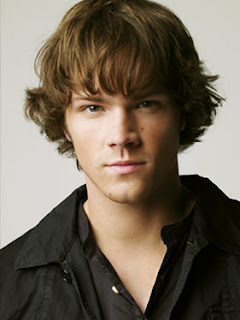 Sam Winchester and his perfect hair

In the academic world, Sam is your run of the mill brainy kid. Education is an attractive refuge from the dysfunction of his real life. By stepping out of his role as a Winchester foot soldier - the baby of the Winchesters, he gains the freedom to explore his own identity. Instead of vampire killer he can be a ...er... lawyer.

Physically stronger and book smarter than Dean, Sam's shortcoming vs Dean is his lack of gut instinct. Others just have to appeal to his analytical mind - leave a few misleading clues and false evidence and he would connect up all the dots in a wrong picture. In the same situation, Dean wouldn't trust the evidence. Gank first, ask later. Eventually Sam must learn to trust his intuition and the advice of others, whereas Dean learns to question orders and the judgement of those supposedly superior. Both must bridge the gap from their personal extremes in order to work as a team.


Supernatural lures its target audience with burly heroic characters, but it was the twisted brotherly love-hate relationship that hooked me for the five season back-to-back viewing. A family drama told between salt bullet shots, exorcisms and stakings. Give it a go, it's a bumpy ride but strangely addictive.
Posted by Starheart

I haven't followed Supernatural at all, but my hubby does, so I've seen bits here and there. It's a good show. My favourite Winchester has got to be the dad ... because I know him to be played by Jeffrey Dean Morgan. ;)

There's more to it than handsome blokes, though. I like how even if the episode is not following the series arc as such, there's always something in the end to drive it forward. Very well made.

Ragtag, Only you and Traxy could talk me into watching something like this. :D

Thanks, it's good to be temporarily back (was working from home yesterday - it's amazing what you can get done if you're not sitting in traffic!)

This post may just be a single blip on the radar though, i've been so stressed. Boohoo :(

Oooo! Sorry you are stressed. I hear that repeated viewings of North and South is a nice remedy for that. :)
Haven't seen this show yet. Sounds interesting though.

^^ Gotta agree with the above comment, North and South solves stress straight away. ;)

I love Supernatural, I actually would prefer there to be stronger story arcs though. You're right looks don't carry a show, but, well, that's not to say I'm complaining xD And yeah the root of the show is their relationship as brothers. It's so touching. Not an episode goes by without me laughing, crying or both.